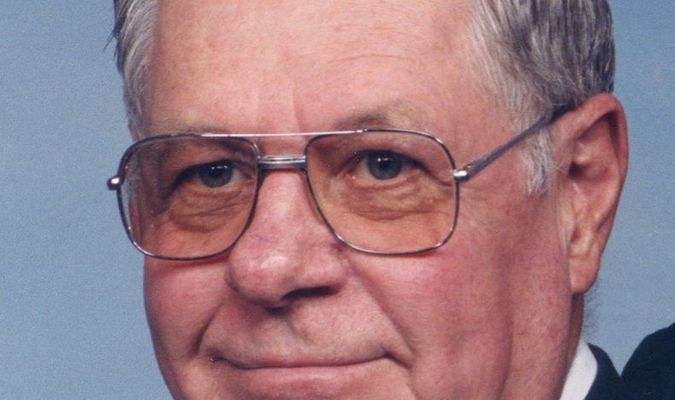 Edward A. Widmer (Ed) quietly entered Heaven’s gate on September 9, 2020 at Cumberland Pointe Health Campus. He was born in Barton Co near Lamar, MO on April 17, 1925, the son of John R. Widmer and Rosa (Frieden) Widmer. He was a child of the Great Depression and grew up attending a one room grade school called Prairie Bell along with his brother Walter (deceased) and sister Mary Engelage who survives.

He drove himself to the nearest high school in Mindenmines graduating in 1943. Also a member of the Greatest Generation, after High School, as he would say, he “received Greetings from his Uncle Sam”, and was drafted into the US Army during WWII serving in the Philippines with company E 108th Infantry Division from 1944-1946. In addition to combat missions they were training for the planned assault on the Japanese Islands. After his discharge, he moved to Indiana to work for his Aunt and Uncle. Here he met and married Gladys Kropf in 1950. They lived in Wolcott, Indiana all of their married life (almost 69 years). She preceded him in death September 13, 2019.

They had two children Laurel Widmer and Neal (Kris) Widmer, who survive along with 5 grandchildren: John (Brooke), Bradley (Amber), Blake (Tashi), Matthew (Tamara) and Katie (Matthew) Gerber. There are also 12 great-grandchildren and his grand-dog Micki who loved to sit with him.

In 1987 he retired from Franson Electric in Goodland, Indiana where he repaired televisions and radios over a wide area for 30+ years. After this he enjoyed volunteering with various world relief charity projects and spent many, many hours working in his yard and growing roses of many colors. He was a faithful member of the Apostolic Christian Church in Wolcott, where he was affectionately known as “the candy man” by all the kids.

His children want to express special thanks to all those who cared for him these past two years, at Elmcroft Assisted Living and at Cumberland Pointe Health Campus. We appreciate each and every one!

In lieu of flowers the family requests donations be made to Harvest Call Jamaica or Wolcott Apostolic Christian Church charity fund.