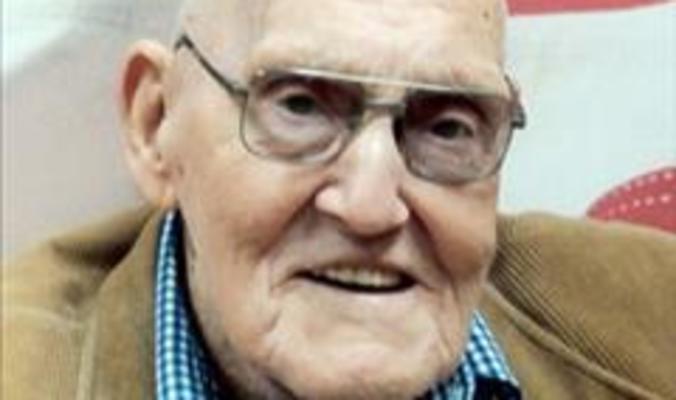 Graveside services, with full military honors, will be held at 11:30 a.m. Monday, at the I.O.O.F. Cemetery in Golden City.

Contributions are suggested and made payable to Shriners Children’s Hospital, in care of the funeral home.

He was preceded in death by his wife Mildred; a 13-year-old son, Dale Blanchard; a daughter, Joyce Arlene Blanchard, who passed at age 65; a brother, Louis; three sisters, Jean, Nadine and Maxine and a granddaughter, Melissa Jones.

Mr. Blanchard was born March 4, 1922, in Sioux Falls, SD to Wiley William and Beulah Blanche (Trout) Blanchard. He graduated from Golden City High School in the class of 1940 and then worked on the railroad track crew before serving in the Army Air Corps from 1942 to 1946. On December 24, 1946 he married Mildred E. Dalton in Redlands, Calif.

He worked as a building inspector and was a Masonic Master four times in Lamar, Lockwood, Joplin and Jasper and recently received his Masonic 75-year pin. He was also a member of the V.F.W., American Legion, Shriners and York Rite and Scottish Rite. He attended the First Christian Church in Golden City.