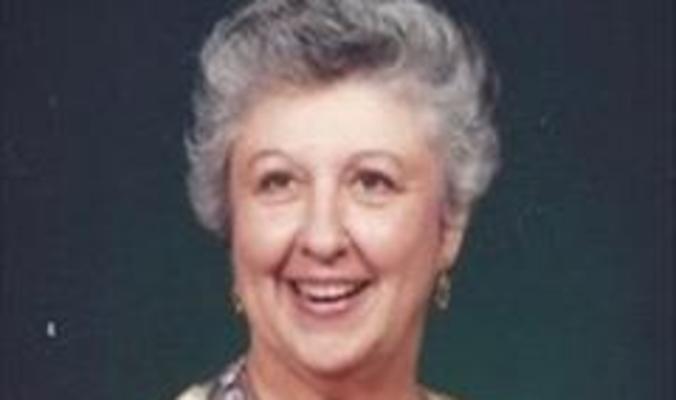 Kay Abbiatti Singer, age 84, passed away on September 18th, 2020 at her home near Golden City, Missouri.

Kay was born June 26, 1936 in Lamar, MO to Ray Abbiatti and Opal (Norris) Abbiatti. Kay married Carl Wayne Singer on September 2, 1955 in Lockwood, MO. Kay and her husband Carl celebrated their 65th wedding anniversary two weeks prior to her passing. Kay lived the early years of her life in Lockwood where she attended both elementary and high school. After high school graduation she attended Southwest Baptist College (now SBU) in Bolivar before she and Carl married. A lifelong member of the Baptist Church, Kay served for many years on the executive staff of both the Oklahoma Baptist Convention and the Baptist General Convention of Texas.

An enthusiastic shopper, Kay delighted in accompanying her husband Carl in his work-related travel assignments including Alaska, Europe and the Middle East. Following her death, family members discovered dozens of her souvenir purchases with labels for all of her nine grandchildren. Kay was very eclectic in these small purchases ranging from a tiny container of gold dust from Alaska, Christmas ornaments from Harrods Department Store in London and Oberammergau, Germany to jewelry from the Grand Bazaar of Istanbul, Turkey and the Old City of Jerusalem.

Kay was preceded in death by her parents and a son Kevin. She is survived by her husband Carl of Golden City, two daughters; Karlita (Robert) Manger of Oklahoma City, Oklahoma, Nicole (Ronnie) Brownsworth of Golden City, nine grandchildren; Jordan and Austin Manger, Christopher, Jonathan, Joshua, Katy and Nicholas Brownsworth, Natalie Singer Firestone and Myles Singer, five great-grandchildren who were the delight of Kay's final years and her sister Nita Hastings from Overland Park, Kansas.

Kay's passion for music was well known amount family and friends. Due to her difficulty in traveling, she and Carl organized and hosted a series of "House Concerts" during the last decade of her life. For more than seven years, these monthly events featured traveling musicians from all over the United States and several countries, before the series ceased due to the COVID-19 situation, the number had reached 91concerts.

On Saturday afternoon, September 26th, 2020, the family is hosting a memorial concert in Kay's honor at the family farm NE of Golden City. Music begins at 2:00 p.m. with a time of celebration and memorial to begin at 3:00 p.m. For the protection of family and friends, all activities will be conducted outside in a tent and personal distancing and masks are required. If you would prefer, bring your favorite lawn chair.

Contributions are suggested and made payable to the Kay Singer Music Scholarship @ SBU in Bolivar, in care of Daniel Funeral Home.