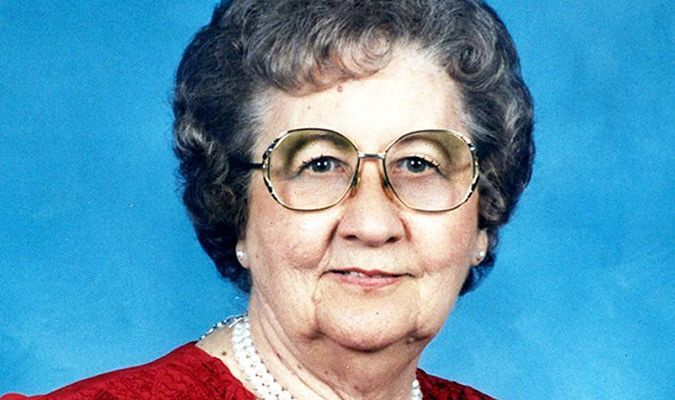 Arrangements are under the direction of Iles Grandview Park Chapel in Des Moines.

Memorial contributions may be given to the American Heart Association.

The obituary may be viewed and condolences sent online at www.ilesfuneralhomes.com.

She was preceded in death by her husband of 36 years; her daughter, Janice Sable and brothers and sisters, Harold, Dillia, Thomas, Albert Emerson, Ruby, Clovis and Gene.

Mrs. Brown was born May 14, 1919, in Milford, the seventh of eight children born to Warren and Nancy “Nannie” (Hamm) Gardner. She attended school at Milford and in 10th grade she even rode her brother Gene’s horse to get there. That ended when the horse threw her off. She worked for the Missouri State Hospital in Nevada, Mo. and later at Russell Stove Candy in Kansas City. She was also a 1960 census taker in Des Moines.

She met her future husband Vendall while visiting her sister, Ruby, in Des Moines in May of 1938 and they were married on April 9, 1942.

Mrs. Brown was a member and deaconess at Grant Park Christian Church. She was very active with the CWF, their fundraisers and helping with church social dinners. She enjoyed square dancing and made all her fancy dresses.