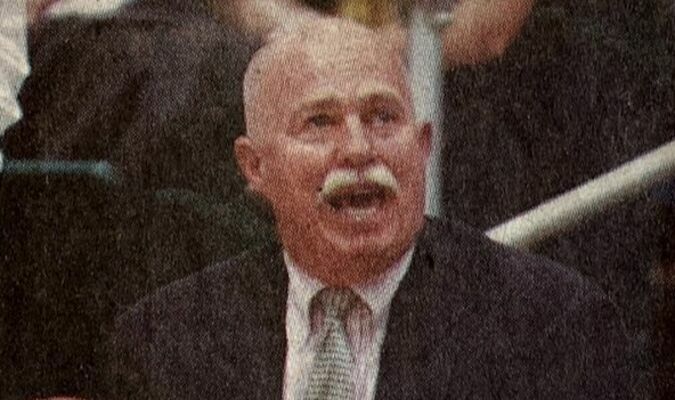 CARTHAGE- A family memorial service was held March 10, in Carthage and a Celebration of Life Service/Event is planned for June 5, for Daniel Edward Armstrong, who died Thursday, March 4, 2021, from a fatal heart attack, while in his beloved river house on the Current River in Doniphan. The June 5 event is being planned by his former players and his daughters, with the community and friends being welcomed.

Arrangements are under the direction of Ulmer Funeral Home.

Memorial contributions may be made to Gideons International or “Charlie 22 Outdoors”, a veterans’ non-profit organization.

He was preceded in death by his mother.

Mr. Armstrong was born in 1951 in Kansas City, Mo., to John Edward and Opal Lucille (McHargue) Armstrong. His childhood was spent in Kansas City. He attained the rank of Eagle Scout while at the Independence Boulevard Christian Church and graduated from Northeast High School class of 1969, attended Morningside College in Sioux City, Iowa and UMKC, Kansas City, playing basketball for both.

He moved to Belgium in 1971 to play professional basketball there, first in Gembloux and later in Wavre. In both, he played as well as coached at Louvain la Neuve University. He met Sally Louise Shoemaker of Sedalia and married her between seasons in Sedalia in 1975. They returned to Belgium that year for his second season there before returning to the U.S. and finished his undergraduate degree at William Jewell College in Liberty in 1976-78, acting as student assistant basketball coach under Coach John Hickman. A junior varsity basketball coaching position was then taken in Sedalia at Smith-Cotton, where his team went undefeated in 1983. Remaining in Sedalia for five seasons, he coached men's basketball and tennis.

While in Sedalia their first daughter was born in 1981, Alice Chipman Armstrong. Mr. Armstrong moved to Carthage in 1983 to become head boys’ basketball and tennis coach and coached for 17 seasons. He received a Masters Degree in teaching at Pittsburg State University and then hours towards a Specialist Degree there. Twin daughters Agatha Louise and Lucy McHargue Armstrong were born in Carthage in 1986. He retired after 25 years of basketball coaching and along with partner Scott Hettinger, built and operated Overtime Gym for about 10 years before final retirement.

He was an ordained Baptist Deacon, a member of Gideons International and the Church of the Nazarene, Carthage.