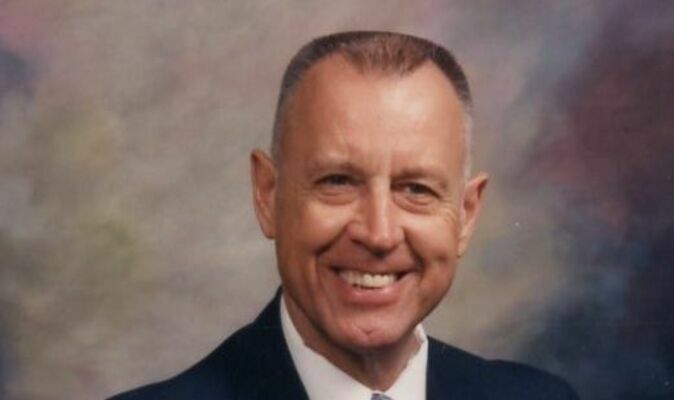 Visitation will be held from 6 p.m. to 8 p.m. Wednesday evening, at Smith Funeral Home in Sapulpa.

Robert Stanley Fulton was born July 19, 1934, to Carol Wiser Fulton and Stanley Edwin Fulton. Two sons were born of this marriage. After a divorce and marriage to Robert C. Johnson, Mrs. Johnson went to court and changed the boys names from Fulton to Johnson without their consent.

Reverend Johnson graduated from Alma High School, Alma, Mich. and attended Tri-State College in Angolo, Mich. He entered the Air Force during the time of the Korean Conflict, where he served four years and was honorably discharged. While in the last month of service he met his bride. Upon his discharge, they were married in 1958. He always referred to their long courtship; they met March 31, had one date and married June 1 of the same year.

After a season of being an auditor, the Johnson’s bought a successful business and operated it for several years. In this period, God called both of them to the ministry full time. Reverend Johnson started ministering in the local Methodist Church. When the call from God came, they both attended Rhema Bible Training Center. Upon graduation, they began pastoring. Over a 36 year span, six churches were founded and pastored. Reverend Johnson loved people and was a soul winner.

Cicadas are coming, but not to Missouri

An enticing skirt, a deadly blade