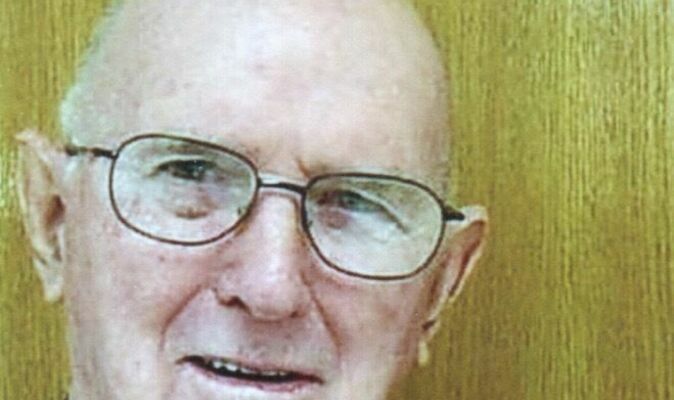 LAMAR- Services will be held at 2 p.m. Saturday at Hannon Free Will Baptist Church for Clifford Todd Hoover, 92, Lamar, who died Monday, May 31, 2021.

The family will receive visitors prior to the service, beginning at 1 p.m.

Donations, in lieu of flowers, can be made to Gideon’s International, in care of the funeral home.

Mr. Hoover was born March 7, 1929, in Nevada, Mo., to Arlie and Vera (Perrin) Hoover. She attended Shiloh School for eight years, then started high school in Liberal, where he graduated in 1947. After graduation he worked at the Lumber Yard in Liberal until enlisting in the Army in August of 1952. He served until 1954 at Fort Belvoir, Va., where he was discharged.

He worked on a farm for six years in Nebraska before returning to Liberal, where he worked for a farmer for a while. He then went to work for the City of Liberal Light and Water Department, working 25 years before retiring in 1990.

On May 5, 1972, he was going home from lunch when he was hit by a train on the edge of Liberal. Through this incident he met Virginia Neuenschwander and married her on December 30, 1972. They remained living and working on her farm in rural Liberal for over 40 years. He was a member of the Hannon Free Will Baptist Church in Liberal for the majority of his life.

Lamar CB spotlights All You Need Is Love LLC