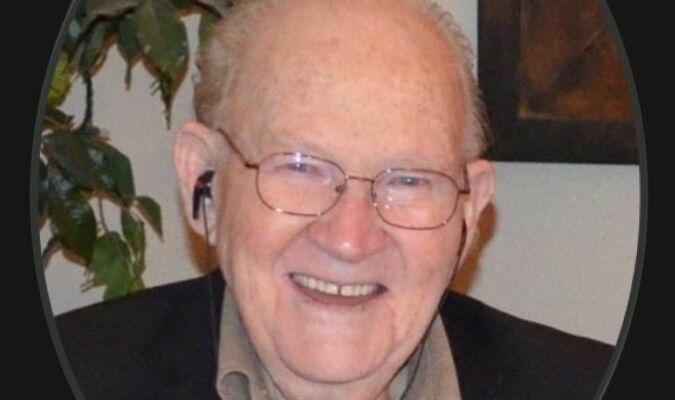 DENTON, Texas- Rev. Emit Clarence Dinwiddie passed into the arms of his Lord on Friday, June 25, 2021 in Denton, Texas. Interment was at the Roselawn Memorial Park in Denton on July 1, 2021.

Rev. Dinwiddie served as pastor of the Lamar, MO Church of the Nazarene from 1960-1965 and he always remembered the wonderful people and the town of Lamar with great love and appreciation and with his continued prayers.

He was born on September 2, 1922, in Grove Spring, MO, to Joshua Emit Dinwiddie and Bertha Mace Dinwiddie. Emit was the youngest of eight children, including five brothers and two sisters. He married Catherine Lucille Hite on April 30, 1944, in Wichita, Kan. After military service in the US Army, 14th Armored Division, during WWII, he was called by God to be His minister of the gospel. He pastored six churches in Nebraska, Kansas, Missouri and Texas. He was most recently an active member of Willowwood Nazarene Church in Denton, Texas and he was a loving husband, father, grandfather, great-grandfather and friend to all.

His loving wife Lucille preceded him in death on November 23, 2011. He is survived by: sons, Richard E Dinwiddie of Denton, Texas and David L Dinwiddie of Albuquerque, NM; daughters, Linda L Reed of Crowley, Texas and Kayla D Steiner of Denton Texas; seven grandchildren, Jeff and Ben McCurry, Tara Dinwiddie Field, Diana Dinwiddie Bloomquist and Michael, Kaitlyn and Ryan Steiner; five great-grandchildren; one great-great grandchild and one foster daughter Patricia S. Sothan of Stanton, NE. He claimed all spouses of his children as dearly as his own sons and daughters, such was his love of his family.