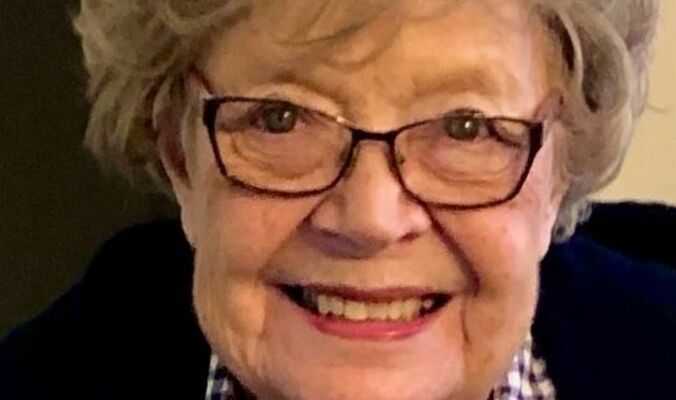 Donations may be made to Sammie’s Sunshine, in care of the funeral home.

Online condolences may be left at www.konantzwarden.com.

She was preceded in death by her husband, Leslie; and a great-granddaughter, Sammie Caflisch.

Mrs. Rhodes was born Aug. 1, 1930, in Miami, Okla., to Delbert and Sue Wagner. She grew up in Kansas City, Kan. and at age 11, while playing on a teeter-totter, she heard about Jesus for the first time. The next day she accepted Jesus as her Savior.

When she was 15 she met the love of her life, Leslie Rhodes and three weeks after they met the two eloped and began their 61 year adventure together. When first married Mrs. Rhodes brought her husband to revival meetings, where he also accepted Christ and shortly after, he felt God calling him into ministry. Seven years later the two graduated from Kansas City Bible College and began their lifelong ministry together. She was an amazing, Godly woman who served the Lord as a minister’s wife for over 45 years.

Through the years she spoke at many women’s gathering and the two would sing together. She was an incredible prayer warrior and a woman of faith. Many lives were changed because of her decision to follow Jesus.

She was also a loving and devoted mom to their three children. She was always very encouraging and supportive. She lived out her faith in front of them and showed them what Jesus looks like in everyday life. She will be greatly missed, but a part of her will live on in everyone whose life she touched.