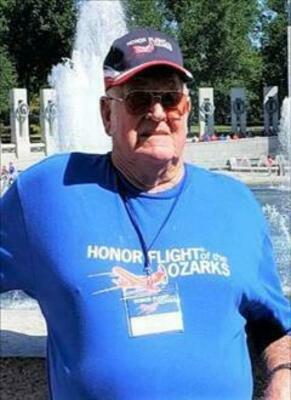 Contributions are suggested and made payable to the Honor Flight of the Ozarks, in care of the funeral home.

He served in the United States Air Force from 1954-1974. After retirement from the Air Force, Mr. Sprenkle worked as a mechanic, drove a school bus and owned and operated Bronte Exxon Station in Bronte, Texas. Then in 1986, he had the opportunity to fulfill his life dream and bought his family's cattle ranch in Jerico Springs, where he lived out his life. He also drove a school bus at Stockton during this time. He was also a member of the Masonic Lodge.