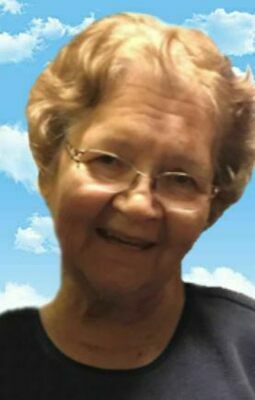 ARDMORE, Okla.- Marion Helen Posten, 83, died Sunday, May 8, 2022, in Ardmore. Cremation was under the direction of Griffin-Hillcrest.

Condolences may be left at www.griffinhillcrest.com.

She was preceded in death by her husband, Roy Posten; sons-in-law, Rick Fear and Rick Williams and sisters, Jeanie Williams, Joanne Woolf and Betty Davis.

Mrs. Posten was born Nov. 5, 1938, in Roswell, N.M., to Debs Darrow Williams and Stella Mae (Davis) Williams. After her father died, her mother moved the family to California. After her mother married Ben Ellis, the family moved to Riverbank, Calif. She was a 1956 graduate of Oakdale High School.

She married Roy Lee Posten on Dec. 15, 1956, in Riverbank, Calif. While married she raised the couple’s children, worked as a homemaker and also worked seasonal jobs. In 1969 the couple moved their family to Lamar, Missouri, where she worked in the Metal Department at O’Sullivan Industries. She worked her way up to being an industrial engineer.

After her youngest child graduated high school in 1982, they moved to Effingham, Ill. She worked as an industrial engineer for Stevens Industries, retiring from there in 2001. The couple sold their home and traveled in their RV throughout the United States. In 2009, they moved to Ardmore and lived with their daughter, Gail.

Mrs. Posten loved to paint and crochet. She loved to put pen to paper and wrote eight books. Her biggest joy was focusing on the family she had and spending time with them.