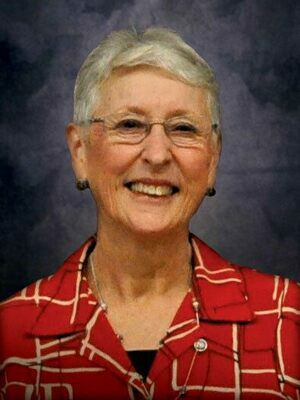 LAMAR- Funeral services will be held at 10 a.m. Saturday at Daniel Funeral Home for Helen Marie Wilson, 76, Lamar, who died Monday, May 9, 2022. Burial will follow in St. James Cemetery.

Visitation will be held from 6 p.m. to 7 p.m. Friday, at the funeral home.

Contributions are suggested and made payable to St. James Cemetery or the donor's choice, in care of the funeral home.

Survivors include one son, Todd Wilson; three daughters, Lonna Jackson, Dawna Holzbach and husband Troy and Mendy Paynter, all of Lamar; 15 grandchildren; eight great-grandchildren, with one on the way; two sisters, Linda Talbott and Judy Gastel, both of Lamar and numerous nieces, nephews, cousins and extended family.

She was preceded in death her husband; one son, Kevin Wilson; two grandsons, Ryan VanGilder and Bradley VanGilder and one great-grandson, Iverson Wilson.

As a child, she grew up in rural Barton County, or "the sticks" as she called it. She, along with her two sisters, spent countless hours playing in the timber, picking berries and flowers, playing house, making mud pies and taking turns sitting on "Queens Throne". It was there she learned the value of family. Family was everything to her and she showed her love for her family her entire life. She loved everything outdoors - she was an avid gardener, enjoyed planting flowers and watching them grow and loved birds, especially hummingbirds. She did not know a stranger and it was common for her to reach out to anyone she thought might need someone to talk to.

Mrs. Wilson worked as a seamstress at Big Smith, in the packing department at O'Sullivan Industries and finished her career as a custodian at East Primary School, where she was lovingly known as "Miss Helen". She was a member of the Lamar United Methodist Church and really loved her Sunday school class.