First round district football vs Stockton 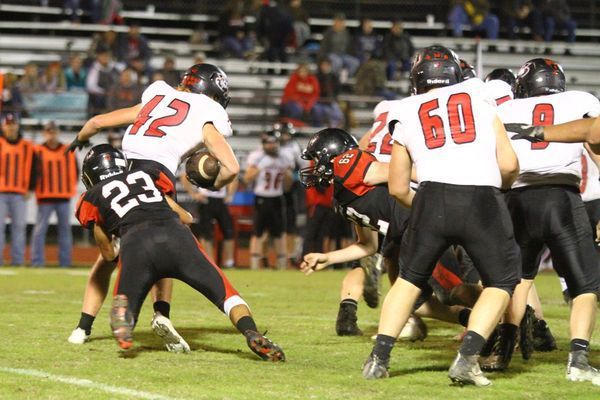 Photo by Terry Redman No. 23 sophomore Johnathan Contrares and No. 62 freshman Robert Lawrence team up to bring down this Stockton running back. The JV and freshman team played the majority of the game as Lamar ended Stockton's year with a 63-6 thrashing. 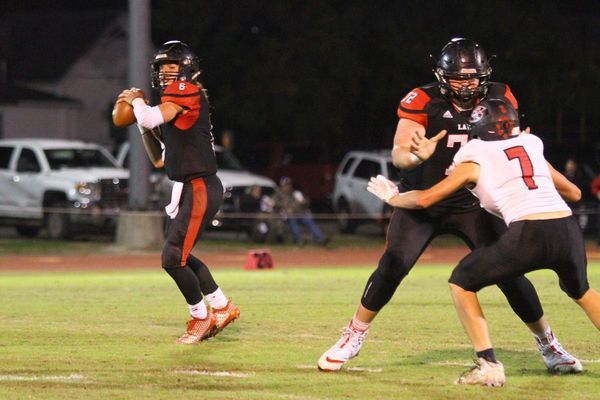 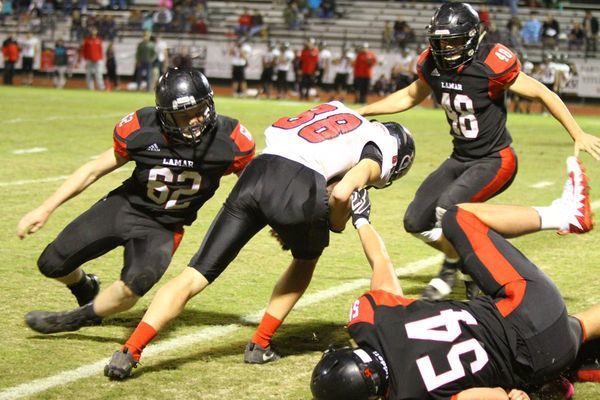 Photo by Terry Redman Lamar linebackers No. 62 freshman Robert Lawrence and No. 48 senior Michael Henderson, along with No. 54 Morgan Davis, stop this Stockton ball carrier for short yardage in Lamar's 63-6 victory. 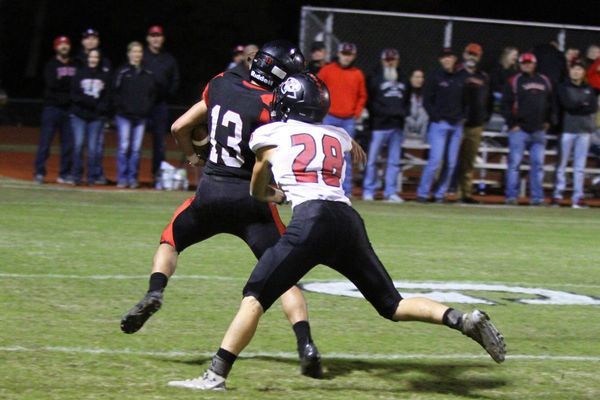 Photo by Terry Redman No. 13 senior running back Daniel Contrares is brought down just short of the goal line after a long run in the Tigers first round dismantling of Stockton.
Previous Next
A healthy Barton County requires great community news.
Please support the Lamar Democrat by subscribing today!